Expert in-home medical assistance to those recovering from illness, injury or operation.

Comprehensive and compassionate support for terminally-ill patients and their families.

Home health care is a service to recovering, disabled or weakened individuals who need medical treatment and/or assistance with activities of daily living. Services can be utilized after:

• A hospital stay
• An operation
• A change in medication or diagnosis

Hospice Care is provided for clients who are terminally ill and expected to decline. Hospice can be for those whose health is declining and who have a terminal diagnosis such as cardiac disease, pulmonary disease, renal disease, cancer, Alzheimer’s, etc.

iCare Home Health and Hospice is a preferred home health care provider to residents of Salt Lake County and Utah County. We are known for our expertise, flexibility, attention to detail, and diversity of services. Every family deserves the best possible care for their loved ones. 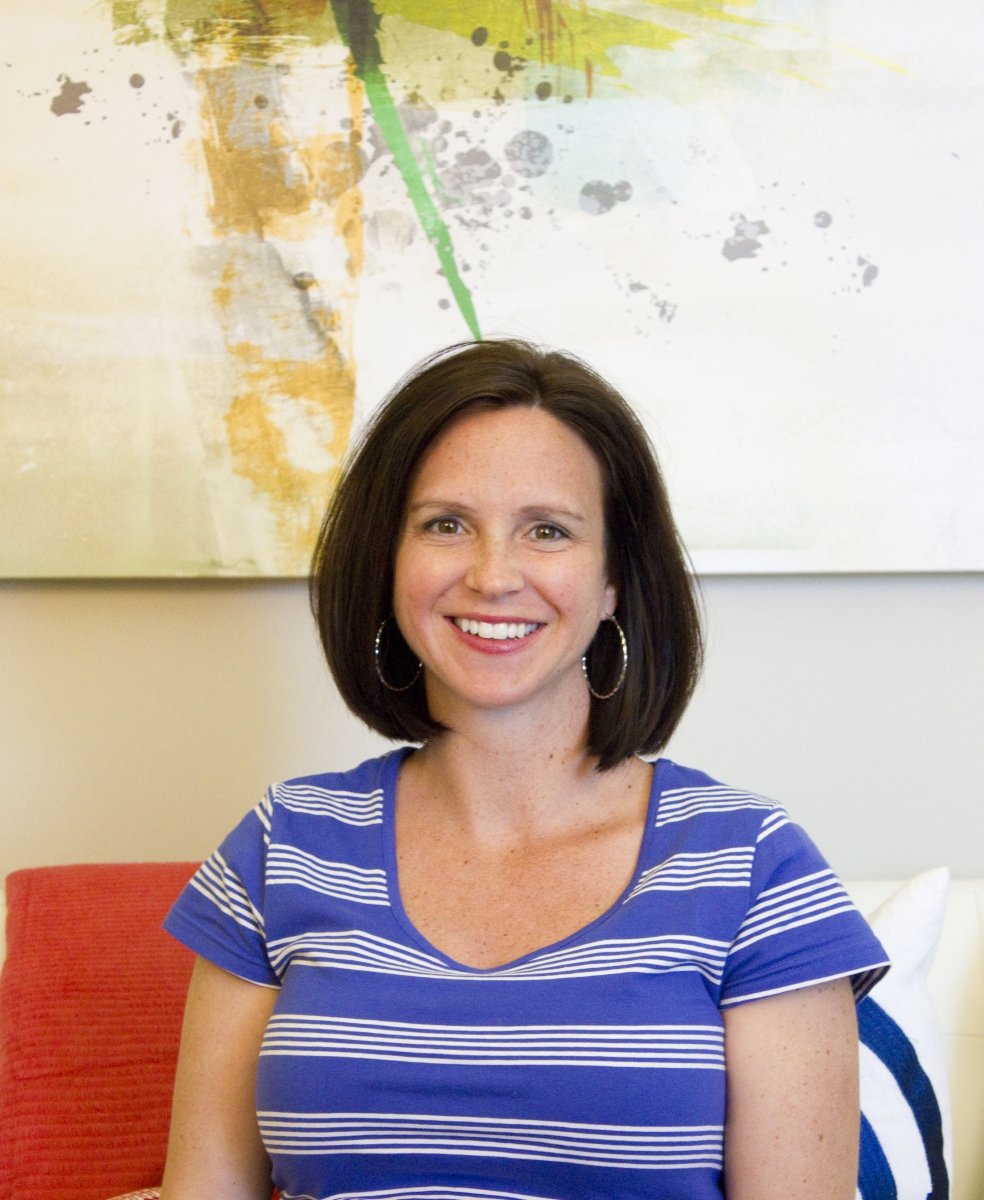 Emily graduated from the University of Utah with a Bachelors of science in nursing in 2002. She worked in Med-Surg & ICU floors at various hospitals for a few years and then went into the home care field full time as an RN. During her time working at the hospitals Emily worked in the home care field as a CNA and then an LPN on a part time basis. She always loved homecare because she enjoyed being able to give all of her attention to one patient at a time. She started her first homecare agency in 2002 and loved the challenge of operating a business while still utilizing her nursing skills. After 9 years of owning and operating a homecare and hospice agency Emily decided to start a new agency with her sister/best friend calling it iCare Home Health & Hospice. She loves this business and feels very protective of the patients at iCare and the staff because of her ownership and daily involvement in the details of patient care, acting as the clinical director.

In addition to work, Emily is married with 2 children and is expecting a third child! She grew up in Springville and has chosen to make her home in this Utah County community. She enjoys spending time with her family, playing softball, and reading a good book! 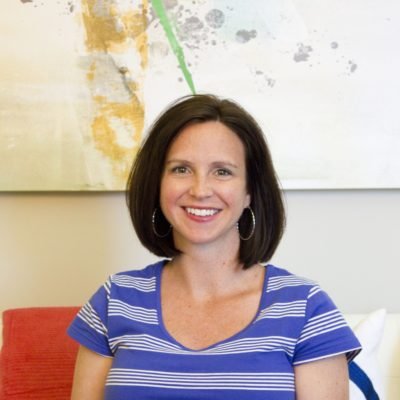 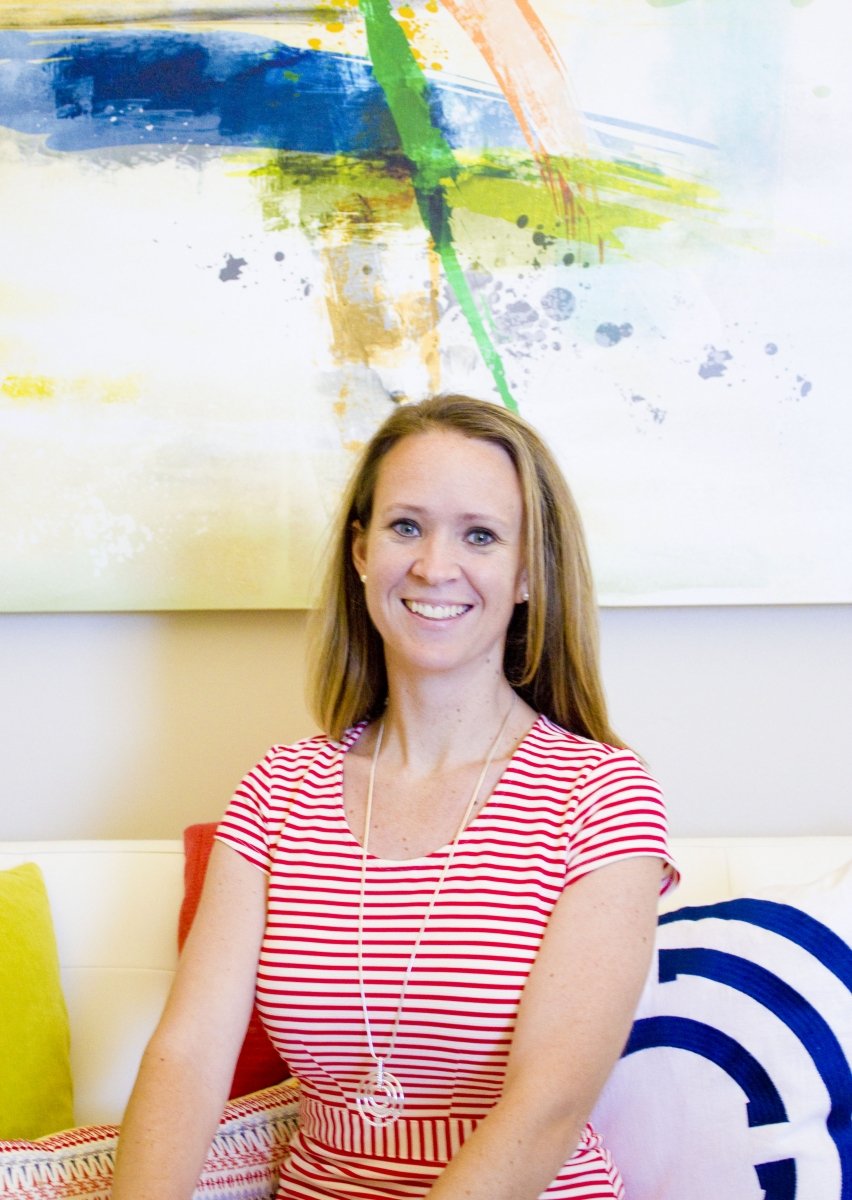 In late 2006, after a successful 8 year career in the banking and payment processing industry, Jill seized an opportunity to leverage her administrative skills in the home health and hospice industry.

After learning and building her skills in the home health and hospice industry for 5 years she began a new adventure with her sister and close friend forming iCare Home Health & Hospice.   As the Administrator a few of her favorite things that have come from the forming and being a part of iCare team are the numerous hands on  interactions she has with the patients and the coordination of the services that iCare provides through our administrative team and clinical staff.

Outside of the office Jill loves spending time with her family whether that be swimming or hustling from game to game trying to keep up with her 3 children’s sporting events.   Whenever possible Jill loves to play softball with her sister in various women’s and co-ed leagues around the valley. 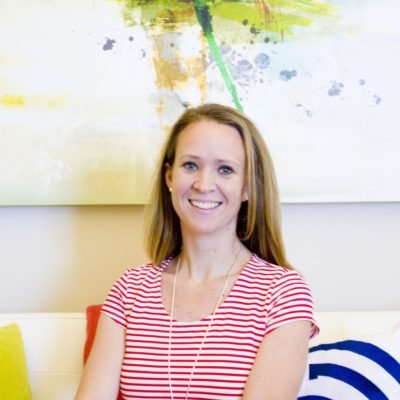 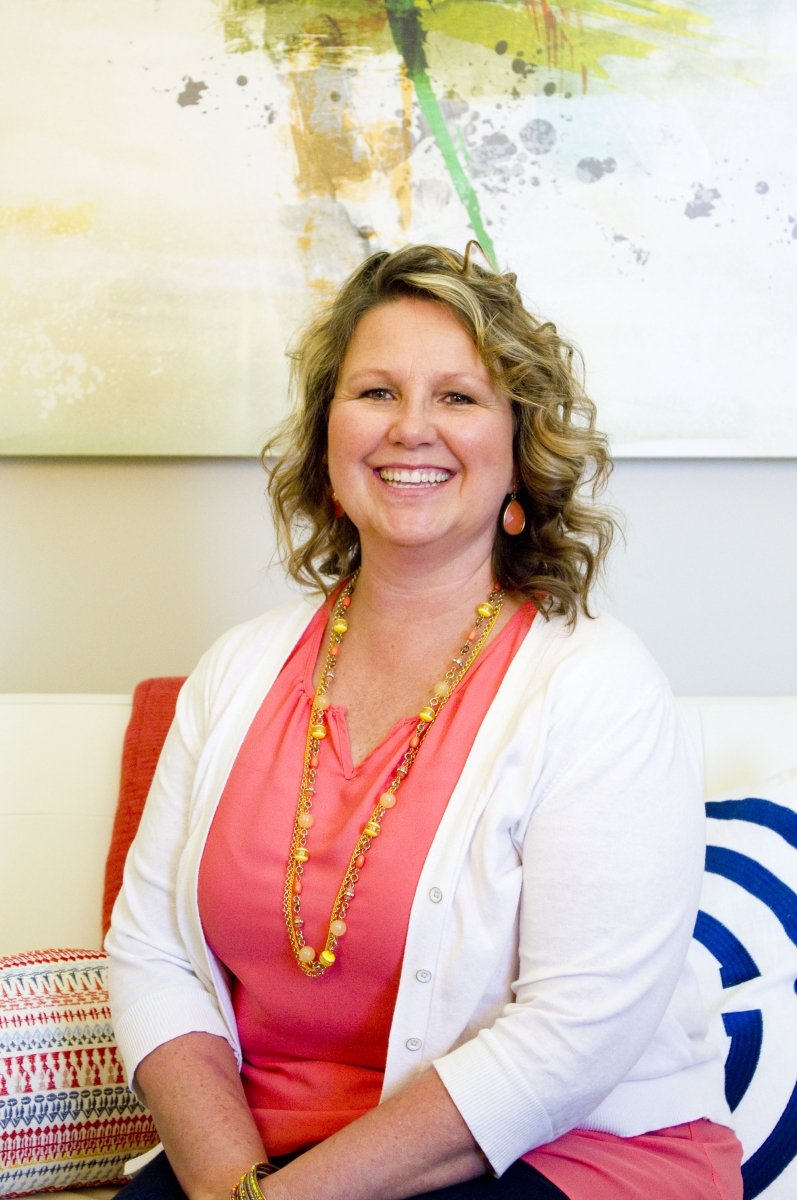 Stephanie is the Office Manager at iCare.   She has been with the company for 4 years.   She loves to help others and loves her job.   She has been an EMT for 18 years and has been an AEMT for 17 of those years.   She was a homemaker for 28 years at which time she reentered the workforce.   Stephanie enjoys the opportunity she has to work both with the iCare team in the office as well as working hands on with our extensive professional healthcare team in the field.   Stephanie prides herself in efficiently handling the iCare homecare and hospice admits and strives to make this process as streamlined as possible for the team in the field.   She enjoys spending her with her family and fiancé.  She loves the outdoors,  riding horses, sewing, cooking, and her job! 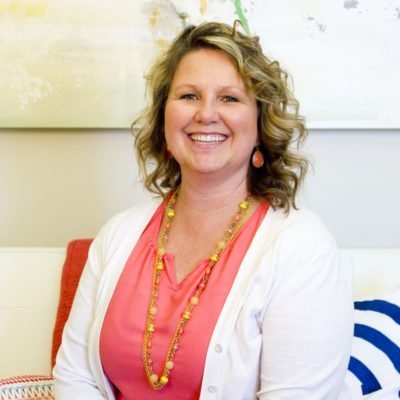 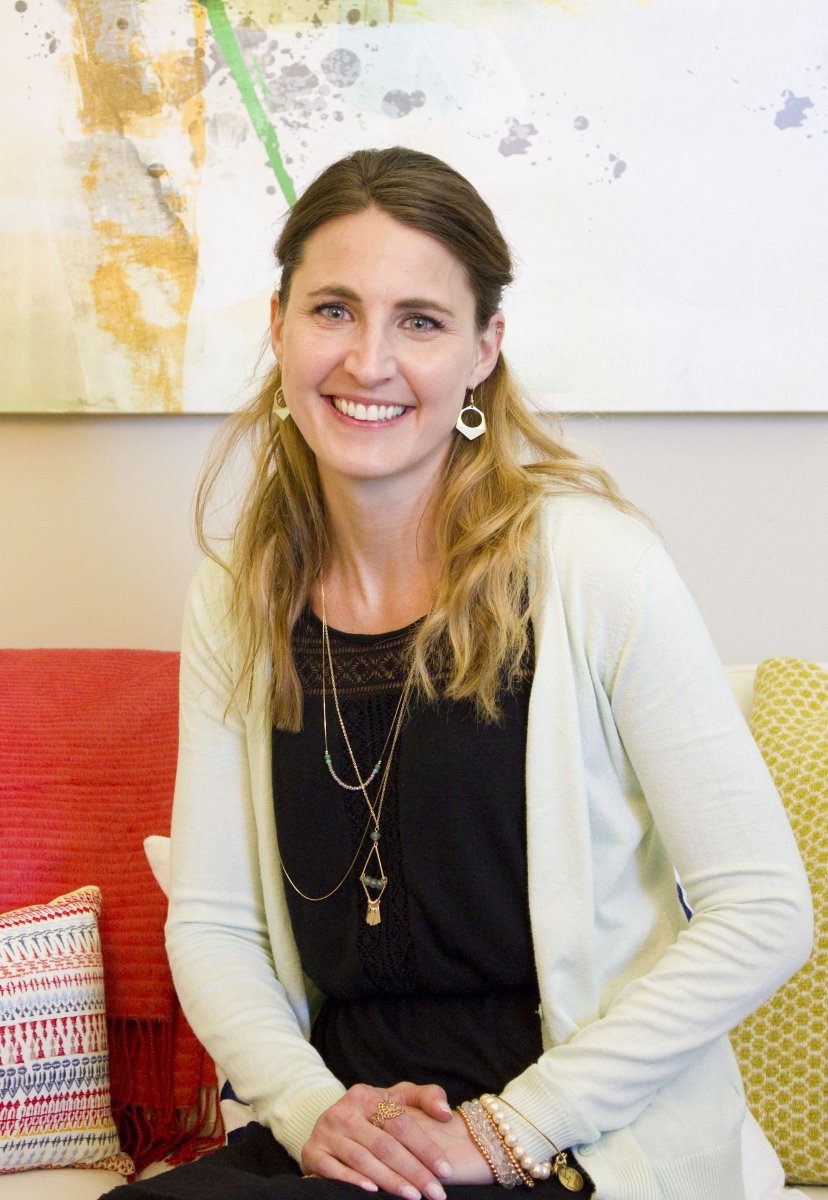 Suzanna is the office assistant for iCare Home Health & Hospice,  she also coordinates all insurance authorizations to ensure patients receive the coverage they need.   Suzanna is relatively new to the health care field and came to iCare in 2016 after a 12 year career in banking and finance.   She enjoys the opportunities she has to provide patients the service and support that they need both in the office and over the phone.  Suzanna is excited to continue to learn new skills in this field and her great organizational skills and detail oriented personality serve her well at iCare.  Suzanna received her Associate of Art Degree in general education from Dixie State College in 2003.   She grew up in California and Nevada, but has called Utah her home for the last 16 years.   Outside of the office Suzanna enjoys spending time outdoors with her daughter.  She also enjoys making specialty cakes for her friends and family. 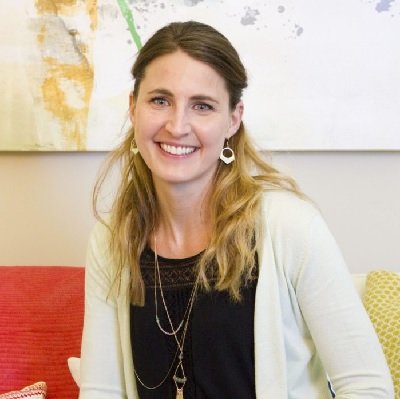 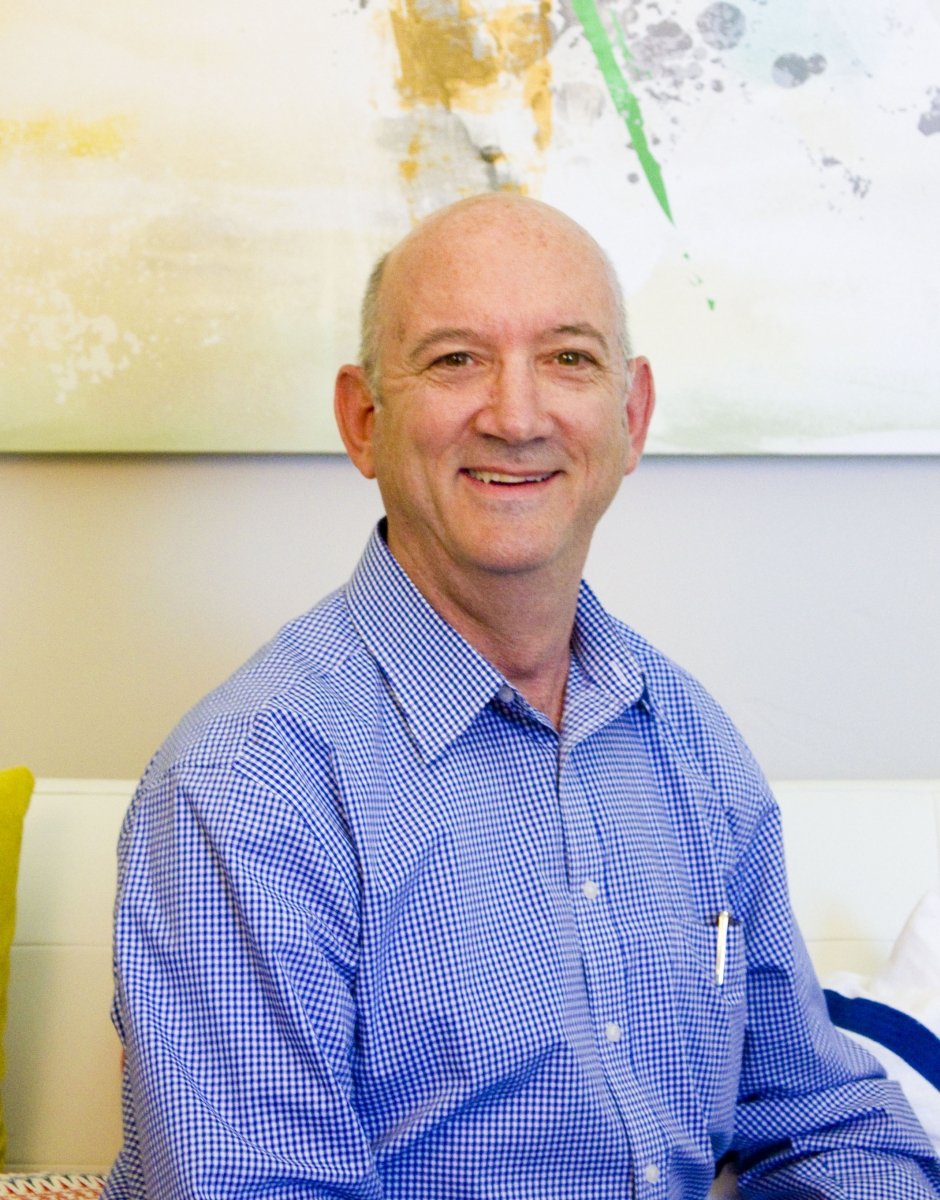 Dr. Richard Holmes is a family medicine physician who was born in Provo, Utah at Utah Valley Hospital. His father was a fighter pilot in the Air Force and so the family moved to many places, ultimately settling in the Seattle, Washington area. He attended Ricks College, served a two year mission in Chile, attended BYU for 2 years, then returned to Seattle to attend and graduate from the University of Washington. He graduated from Ponce School of Medicine, and then completed a 3 year residency in Family Medicine at Oregon Health Sciences University in Portland, Oregon. After graduating from residency, Dr. Holmes decided to practice family medicine in a small town of 550 people in St. John, Washington, among the wheat fields on the east side of the state, where he served that community for 11 years. During that time, he also was a delegate to the Washington State Medical Association for 8 years, and a member of the WSMA political action committee. He then made the decision to return to Provo, Utah, and accept a faculty position at Utah Valley Regional Medical Center, in the Family Medicine Residency. He enjoyed teaching, but missed the regular contact of caring for patients directly and decided to return to private practice, staying in Provo, and now practices at Cottontree Family Medicine. He joined iCare as the medical director in 2011 and enjoys taking care of the hospice patients in their home. He loves caring for his patients of all ages and has thoroughly enjoyed his career as a physician for the past 27 years. He is fluent in Spanish, loves to fix things, enjoys flying airplanes, playing the guitar, and spending time with his wife, children and grandchildren. 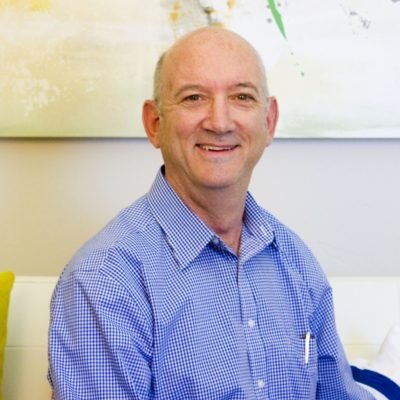 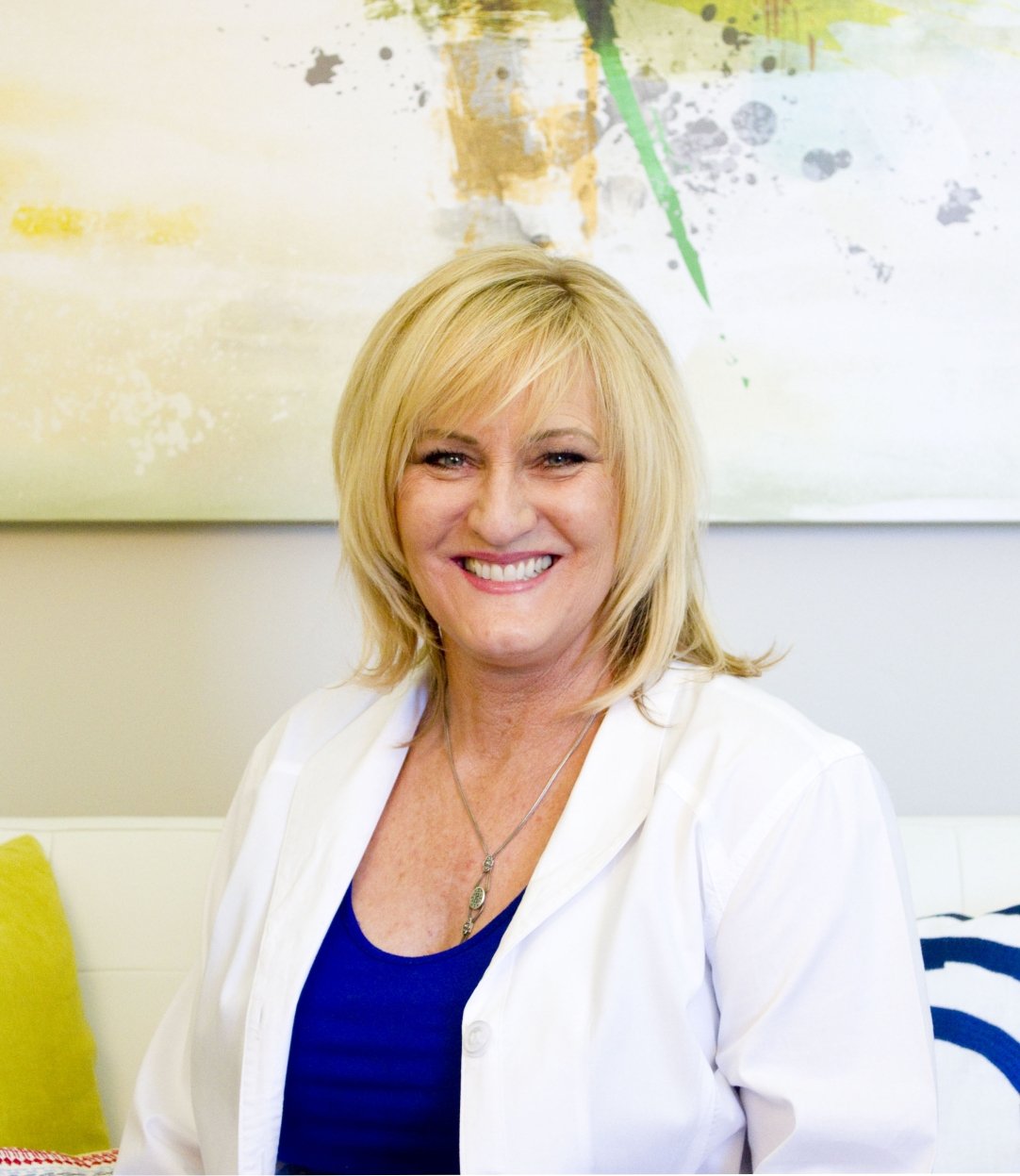 “Find what you love – love what you do!” I am a graduate of UVU and Weber State University. I have practiced for 25 years as a home health/hospice RN mainly in Southern Utah county.

Bonnie was born and raised in Payson, Utah. My husband rick and I love to travel and enjoy our 7 grand children, stealing them away for “no parents allowed” weekends. My 4 children always gladly pack their bags! Being a member of the “iCare Family” has been such a wonderful experience for me reinforcing that I have the best job and work with great people. 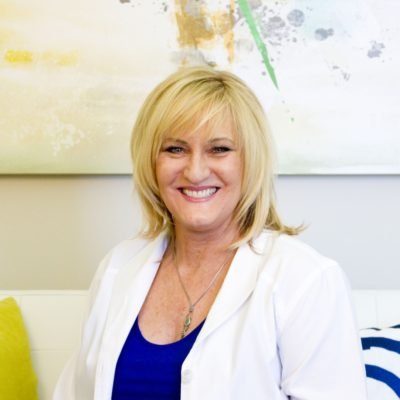 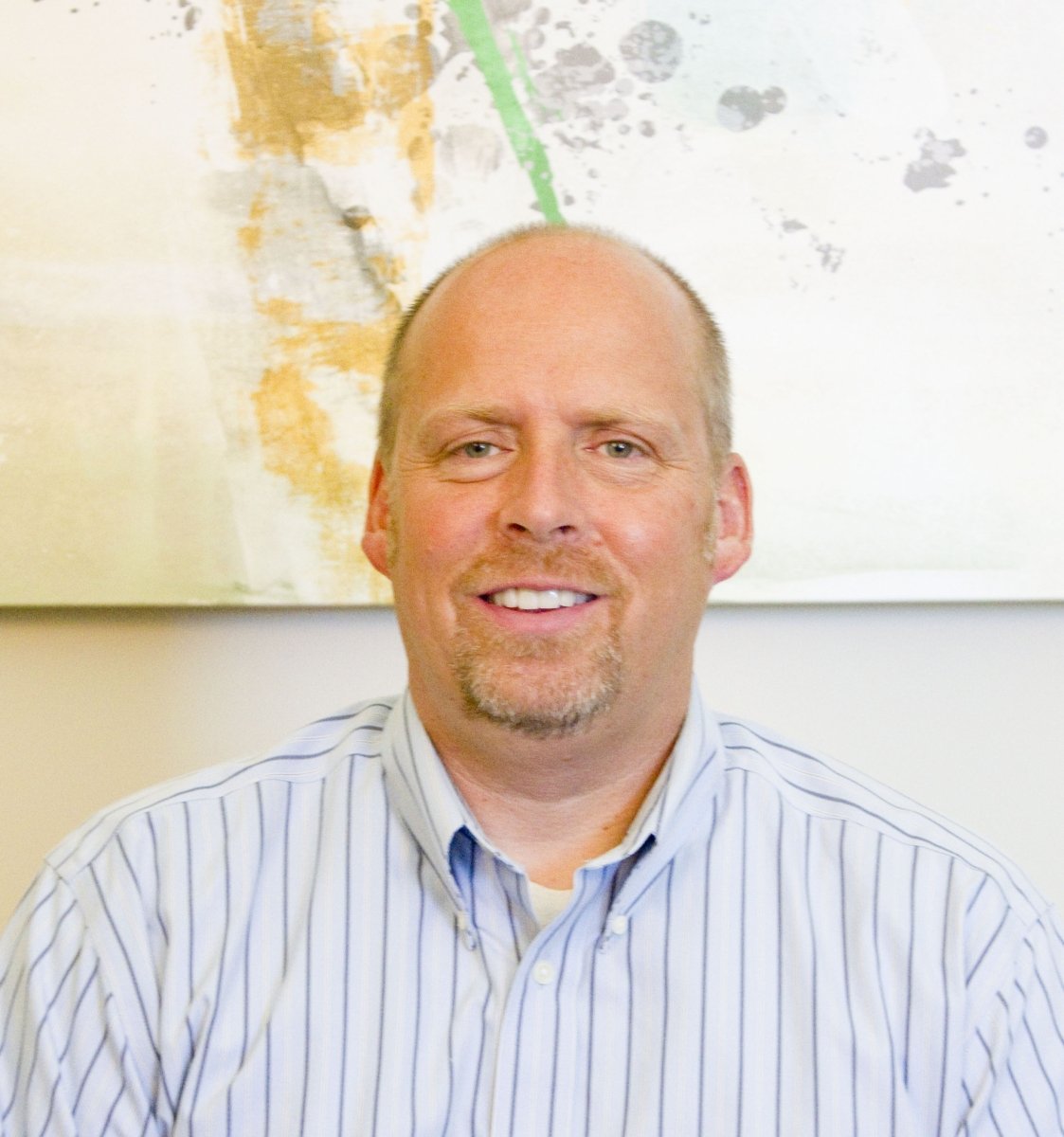 Burt graduated from Brigham Young University in 1999.  He has a great love of working with seniors within his community.  Prior to working with iCare home health and hospice Burt worked for a national hospice company for approximately nine years as the executive director, the National Western Social Work Mentor, operated a full social work internship program, developed and operated several national internal programs to provide seniors with higher quality of care, and has been nationally published for children with grief and loss.

While with ICare Home health and hospice, Burt has been the executive director of business development and hospice director. He has a great love for working with seniors within our community and providing education and support to their families and loved ones.  Burt is often heard saying “I will retire doing home health and hospice because I love this work”. 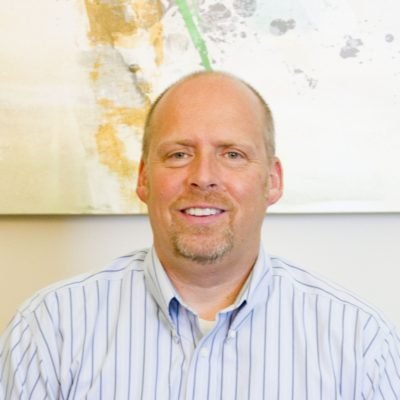 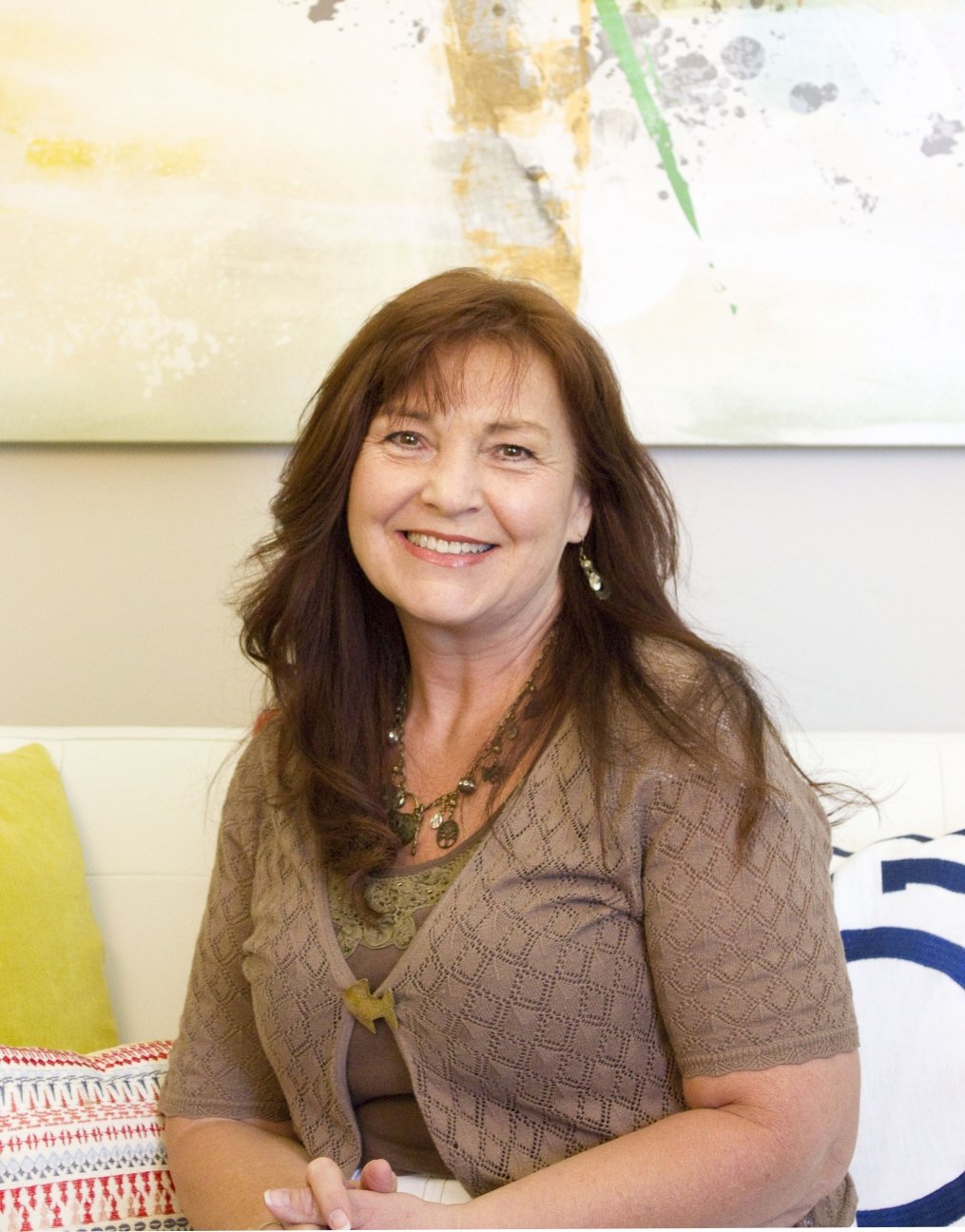 Rosalind started her chosen career to care for people as a mother of 10. Rosalind has worked in the health and wellness industry for over 25 years and found her caring frequently included spiritual support for those she worked with.

International Police and Fire Academy in 2010. She continued on to finish a Doctorate in Chaplaincy in 2014.  Rosalind studied Grief Counseling and Thanatology after completing a year-long program with Canyon college and Certifying as a Grief Counselor with The American Academy of Grief Counselors in 2008. Rosalind has recently completed 1600 hours of Clinical Pastoral Education and is an active fellow of the College of Pastoral Supervision and Psychotherapy awaiting Board Certification. Rosalind is currently completing a Bachelors in Human Services with a Family and Child Services Certificate.

Rosalind is a member of the Timpanogos Chapter of Professional Chaplains and also maintains her license as a Massage Therapist and Master Esthetician. Rosalind loves to work with families and considers the iCare team one of the greatest families to work with. 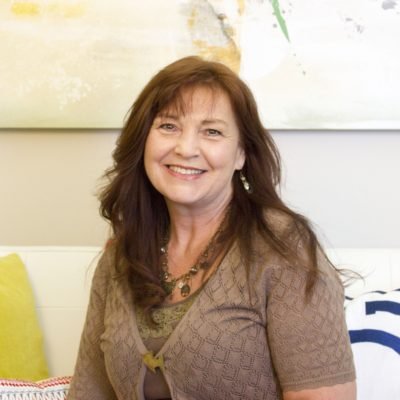 We appreciate our experience with the iCare Family on behalf of our mother.  Her caregivers showed compassion, kindness and concern for her and her family. The iCare staff was always willing to help us whenever we had concerns.  Her caregivers were thoughtful and went above and beyond their required duties and showed love to her.

The night she passed away, her sweet nurse, Karalyn, had brought her favorite Kentucky Fried Chicken, root beer, and her favorite tomatoes for her last meal.   The fact that Karalyn called me, made it all possible for us to be with Mama as she passed away.  Mama’s caregivers always documented her daily progress in the nurse book, which was a journal of her care and progress.  This gave peace and comfort to our family, knowing what was going on with her every day.

Another great comfort was her nurses would call us if there were any concerns.  That was greatly appreciated.  We are very grateful for the care provided by all the iCare staff for our mother.  You all made a big difference in the life of our mother, and in the lives of her family, and we are very grateful for all of you and want to thank you for making a difference.  She would want all of you to know how much she loves you and appreciates all the care you gave her.

For the time Patricia was under the care iCare and their staff the nurses were excellent, courteous, caring, and treated us with respect love with all of the help you could want, Bonnie made sure meds were there for both of us and would visit us when we needed or she felt the impulse to drop by Pat loved her bath times, massage both refreshed her and she loved it. I was grateful for the care givers we had and was thankful for all that they did.  I will always remember this time in my life in Patricia’s acceptance of her last days knowing time was short.  Because of the care that iCare provided we had hours of enjoyment reminiscing about our lives together and the good times we had raising our family and the missions we served,  memories I will always cherish and treasure, thank you for all iCare and your staff did to make life happier and enjoyable at the hard time of our life!